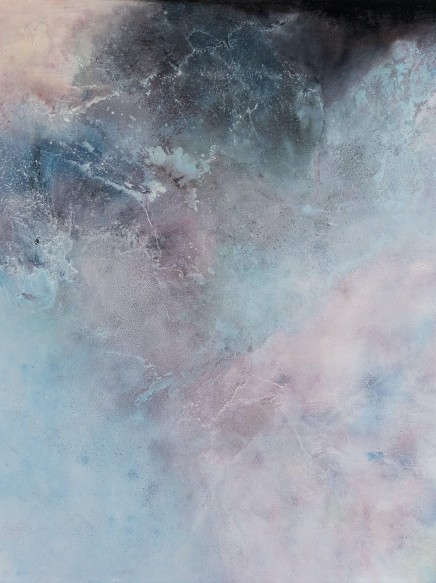 For many museum-goers, the word “art” is synonymous with painting.  Whether it is the Renaissance portraiture of Raphael, the Ukiyo-e landscapes of Hiroshige, the Baroque ensembles of Artemisia Gentileschi, or the Abstract Expressionism of Willem De Kooning, each of these divergent painters has been and will continue to be celebrated in the world of art.  As critics used to say, the quality of art is what makes some artists appear more significant than others, just as the quality of a painting may eventually elevate an artist’s reputation. For the most part, each of the personages noted above have a biographical history that runs parallel to their creative pursuits. Artists are bound to have both success and failure throughout their careers. A few will come to terms with their genius at the outset, while many will discover it or be discovered later – often much later.  In some ways, the occupation of painting is a means to help artists discover who they really are, and, through their work, inspire others to do the same.  This, of course, is the ideal situation to which most painters aspire.

On this note, I have been honored to introduce the remarkably engaging work of the contemporary painter, Hisako Kobayashi. In order to discuss the paintings of this Japanese-born artist in a rightful manner, I have encountered the importance of setting aside the time, wherein one person listens to the other. In fact, the presence of time is not only an essential aspect of art, but, in the case of Hisako Kobayashi, a pre-requisite that signifies the artist’s commitment to what she does. Most of the paintings included in this exhibition are recent work, having been completed over the past few months. Although Hisako began her career shortly after coming to New York in the early 1980s, her mature work became evident in a series of nature studies completed between 2012 – 2015. While the presence of nature continues to underly her work, the most recent paintings advocate a more self-assured, if not broader stylistic engagement, exhilarating to behold.

Her work in this current exhibition gives considerable attention to the artist’s painterly surfaces. Over the years these surfaces have become increasingly more open and, at the same time, more integral. Paintings such as Shi-o-n and Connect to the Sky (both 2022) reveal tendencies close to late modernism that include traces of both monochrome and, more indirectly, expressionism. The abstract, relatively thematic aspect of the artist’s compendium of painterly nuances in her ongoing work is both essential and inherent to her work. The recent paintings are rigorously bold and subtle. They are compressed into a formal unity that goes beyond the predictable. They are perpetually raising the stakes of painting to a new height as if to emit a sudden rapture into the geometry of space/time. 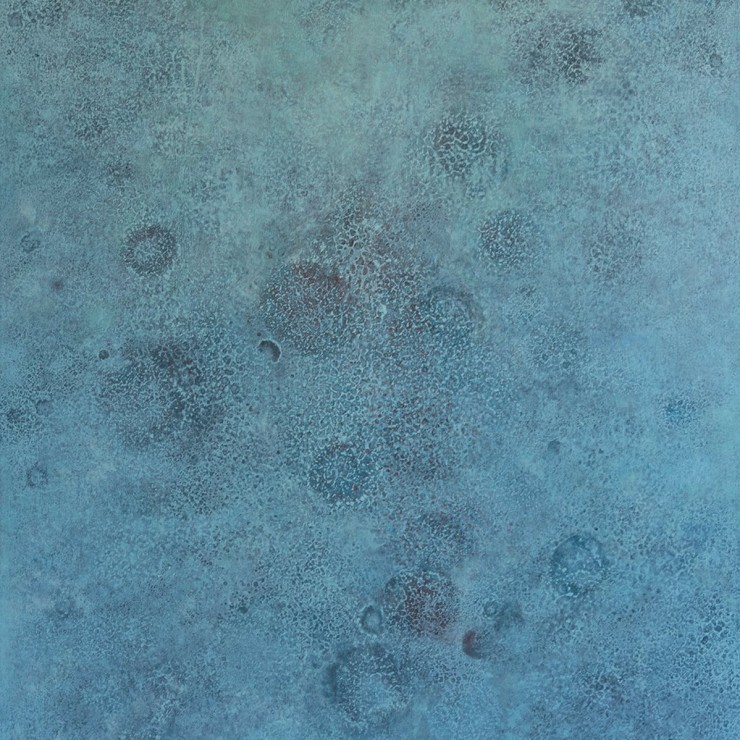 Shi-o-n is a Japanese word, a phonetic translation, that literally means “purple garden.” The Japanese ideogram may refer to an intimate space, out-of-doors, perhaps shared with another person. In contrast, the actual painting appears to suggest the infinity of outer space, a galaxy beyond measurement, seemingly in opposition to the title. The painting transforms the garden into a galaxy, or vice versa. In any case, one might consider the allusion of immeasurable space in the painting as the same space through which the artist paints feelings of intimacy. This is where her use of abstract form in painting becomes a preeminent feature.

Whereas her stridently vertical painting, Connect to the Sky, has a different format in comparison with Shi–o-n, it is similar to what the late New York critic Clement Greenberg called “all over” painting in the 1950s. While his concept may have a similar point of view to the work of Hisako Kobayashi in more recent years, it would be difficult to make any direct connection between the two. The more important point is the cultural significance that informs Hisako’s paintings as an emigrant artist coming from Japan. While there might be a mixed monochrome agent borrowed from her homeland, parallel to some aspects of Gutai and Zen, It is curious that monochrome was also present in New York by the early 1970s. Some artists and critics (Robert Pincus-Witten), understood monochrome as a painterly version of Minimal Art, which made its appearance a decade earlier.

Another point worth noting is that something resembling the “all over” premise was initiated during the Northern Baroque period in Europe three to four centuries earlier in what has since become known as “figure-to-ground painting” where a multi-spatial composition is made present between the figure(s) and the background.  In contrast, Hisako’s painterly approach, including, Connect to the Sky, retains a singular spatial presence throughout a rectangular space that exists without separation. Instead, a mottled reddish pigment is present uniformly throughout the painting. This undivided “all over” approach is made clear in other paintings as well, such as Gratitude, Ananda, Old Friends, Hero’s Tale (all 2022) and Oceana (2021), among others.

In two of her most recent larger paintings, titled Infinite and NEHAN (both 2022, each measuring 5’ x 7’), her singular, trans-chromatic space also plays out.  The painting, titled Infinite, is given to white gestural marks on a dark blue motif.  Again, the space is singular, unified, and ultimately holistic. (Curiously, the visual structure of Infinite is similar to Shi-o-n.)  In a second larger painting, titled NEHAN, Hisako employs a dry brush that alternates between red and yellow pigments, mixing  together in time over a darkened space. According to the artist, this is nearly a perfect painting.

In consultation with her inner-consciousness, these two larger works offer a heightened experimental challenge – a rarified challenge whereby the artist raises the curtain to another level, which of course she has done. Hisako Kobayashi has given herself the right to paint what she wants and how she wants – thanks to her gallerist, Georges Berges, who has wisely embraced the intense, inner meaning of these paintings in a manner that has opened a more resonate, porous and enlightened way of looking at abstract painting both for himself and for his legion of astute colleagues.