Jean Schmiedel (b.1963 | Germany) responds to the canon of figurative painting through multi-dimensional, almost aggressive expression of emotion. Wide, close-set eyes and lilted posture make his characters poignant and elocute an imaginary story of interaction.

Schmiedel is often described as an outsider artist, particularly in the context of his practice: he paints his canvases on the floor of his studio while standing up. His work is animated by the variety of textures, colors, and emotion he uses to render figures. He uses natural materials such as fur, pearls, feathers, and shells to bring the actions and emotions of his characters immediately to the viewer’s attention. The inclusion of small animals, particularly dogs and birds allow the artist’s figures to display a broader range of emotion. These dark, carnivorous animals are symbolic of the carnal energy that Schmiedel pours into his trade and intends audiences to recognize inside themselves.

During his younger years, Schmiedel worked as a brick mason, and this knowledge of technical construction is subtly visible through the layers of paint in his artwork. In 1982, Schmiedel was hospitalized after a severe accident and began to channel his creative energy into expressionist painting. Visceral reaction to trauma is a part of Schmiedel’s practice: he often avoids using a brush in favor of his hands or paint squeezed directly from the tube. This intensifies the energy of the work in Schmiedel’s studio as each mark is carefully calculated. 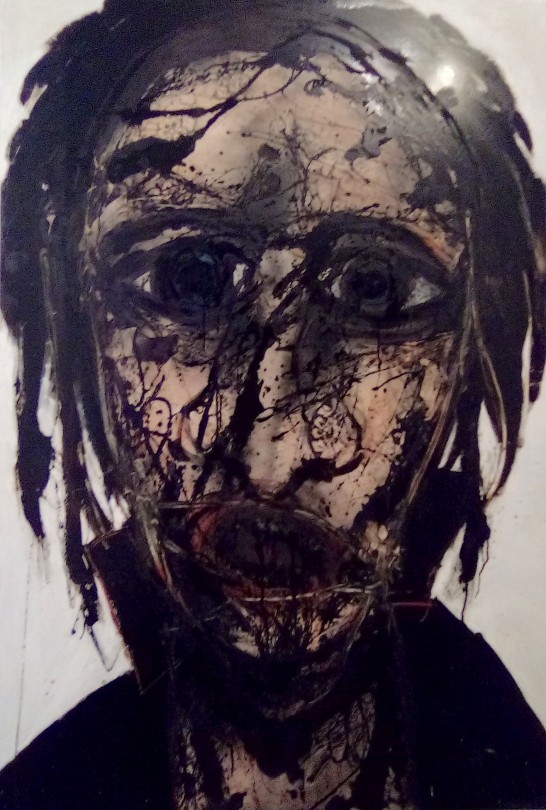 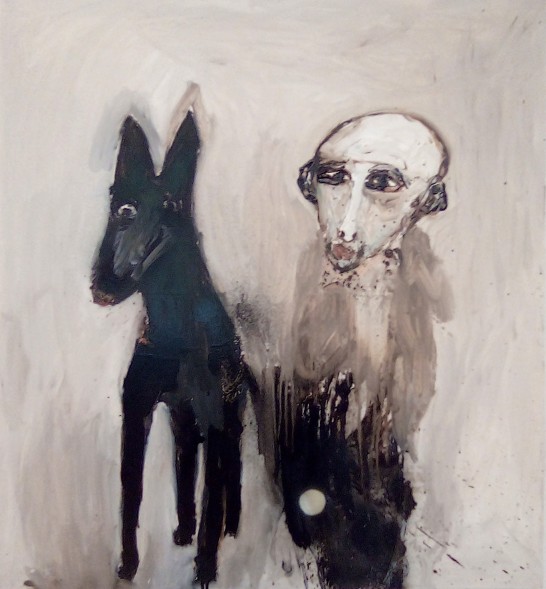 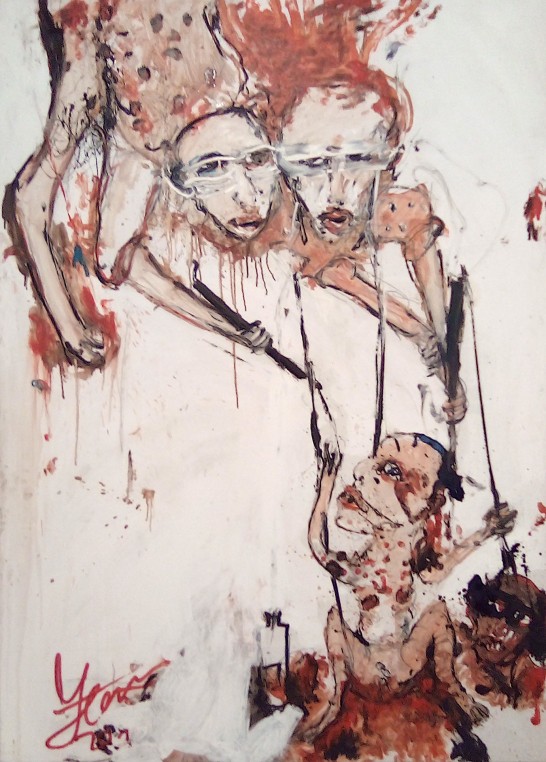