Tom Lieber (b. 1949 | American) is best known for his abstract paintings, which explore spatial diversity, the artist's relationship with paint and energy, and the relationships between colors.

Tom Lieber’s recognizable, calligraphic mark-making continues to be a focus in his paintings. The grace and shape of his bold lines appear over subtle neutral backgrounds with pockets of dense color and movement. Lieber’s new, large canvases, thick with paint, can evoke a reference to Joan Mitchell in the foreground mark-making, at the same time the nuanced color variation in the backgrounds leave a suggestion of Mark Rothko. While these visual influences are present, the work and the energy that it emits can be no other than Tom Lieber. Often a single brushstroke or gesture anchors the painting, allowing the underlying color fields and tonal variations to recede and advance across the ground. Lieber’s work reflects his efforts to channel his interior life onto the canvas.The artist’s live/work environments often influence his works to an autobiographical degree despite the non-representational quality of his work. Informed by nature and meditations, Lieber believes that the body can be better equipped for inventing than the mind, treating the act of painting as a full body experience.

In 1975, Lieber was a recipient of the National Endowment for the Arts. In 1982, he was selected for the Emerging American Artists’ Exhibition at the Guggenheim Museum in New York curated by Diane Waldman, and was shortly thereafter invited to join Berggruen (FKA John Berggruen Gallery). In 1983, Lieber began making large-scale monotypes with Garner Tullis at Experimental Press. Through Tullis he has met John Walker, Sean Scully, Friedel Dzubas, Helen Frankenthaler, Sam Francis, William Wiley and others. Since the mid-1980s, Tom Lieber's work has been shown and celebrated internationally. His work can be viewed in the permanent collections of the Metropolitan Museum of Art, the Solomon R. Guggenheim Museum, the Museum of Modern Art San Francisco (SFMoMA), and the Tate Gallery, among others. In the 2000, Lieber moved to Kauai and continued painting works majorly influenced by the environment in Hawaii. He now shares his time painting between Los Angeles and Kauai. 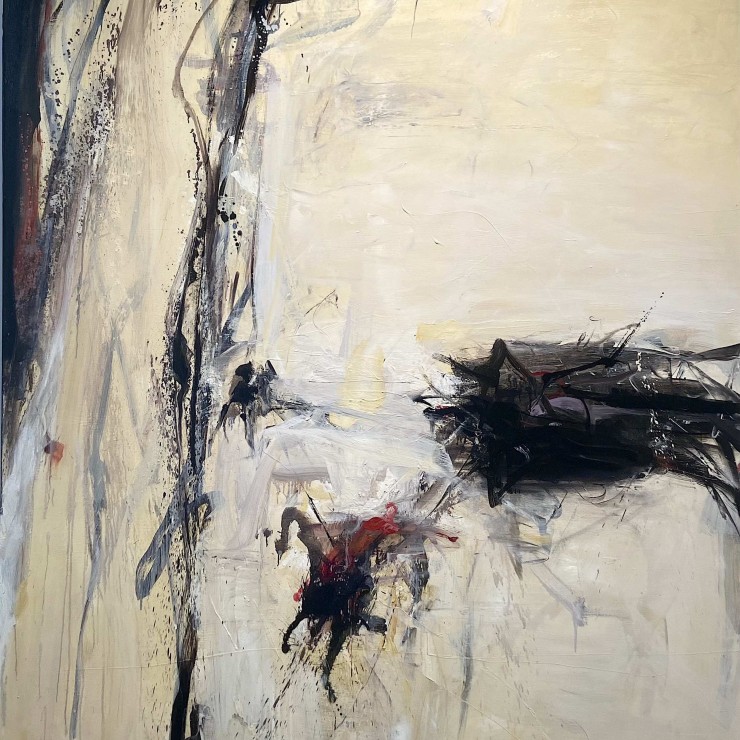