Harley Cortez (American, b. 1979) is a multi disciplinary artist, musician, and filmmaker. He has lived in Los Angeles, CA and Queens, NY, while also living for a brief period in Guatemala.

His work has been shown in Los Angeles, NYC, and Tokyo. His solo exhibition in 2016 at The Paper Agency Gallery in LA titled, "The Poet as Spaceman", was an immersive installation of paintings, film and music compositions that included a Q&A session with noted astrophysicists, cosmologists, and an astronaut on loan from NASA.

Cortez's artworks transcend the art world and has found successful applications across other creative venues such as album covers, film posters and set designs.

His solo exhibitions include, "Voices, Voices {another inventory of memory}" in Tokyo, Japan, "The Ashes of Us" in San Diego, CA and "Gestures" in Rabat, Morocco. His most recent exhibition at the Jumex Museum in Mexico City in November 2020 benefiting the Arts Vivo Foundation sold out.

He is now represented by Georges Bergés Gallery in New York and Berlin. His inclusion in group shows at both galleries have thrusted him onto the international art radar. 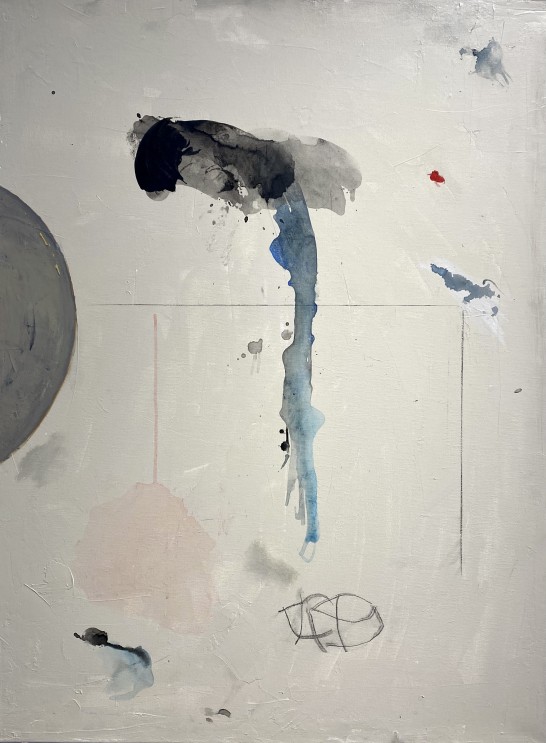