Mark Tennant’s photorealistic paintings are renowned for their uncanny ability to capture small details using light, movement, and wide brushstrokes. Most of Tennant’s works are lit with a bright flash that gives his young subjects the appearance of having been the unsuspecting subjects of late-night Polaroid snapshots. His works are informed by the painting techniques of Impressionists Édouard Manet and Pierre- Auguste Renoir. Tennant taught museum copying at the Louvre and at the Metropolitan Museum of Art. His captivating paintings have been exhibited numerous times in the Salon d’Automne in Paris and reside in the permanent collection of the European Museum of Modern Art in Barcelona. Tennant’s Portrait of Raoul Middleman, depicting the American painter in his study, won first prize at the Mod Portrait competition in Spain. 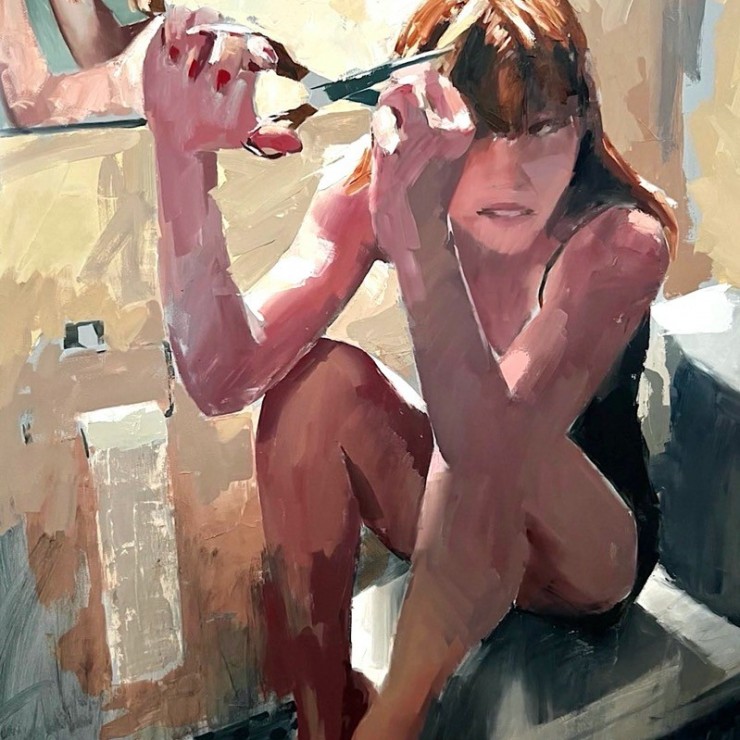