Born in 1952 in the Kingdom of Bahrain, Rashid Al Khalifa held his first solo exhibition at the Dilmun Hotel, Bahrain, in 1970 when he was just 16 years old, and then moved to the UK in 1972 to study at the Hastings College of Arts and Technology in Sussex. After returning to Bahrain in 1978, inspired by Europe’s greatest Impressionist masters, he began his own renditions of his country’s landscapes, producing a series of atmospheric paintings of the desert, sea, and historical sites. These works were first presented at the Middle East Institute, Washington, D.C., USA, and at the Sheraton Hotel, Bahrain, in 1982. Rashid developed his painting by responding to certain movements and styles such as geometric abstraction, hard-edge painting and colour field work.

The artist’s vital decision to merge elements of his figurative and landscape works in the late 1980s was an entirely conscious one. He was driven by a greater sense of individuality, which emulated the ambiance and aura of his own surroundings. His female figures became barely decipherable, as hints of fabric, suggestions of limbs and movement, and cascades of hair all dispersed into the melding colours of the land.

Rashid’s further transformation of his work in the early 1990s denotes his desire to contain and redirect his previously gestural and fleeting mark making. Gradually becoming more controlled, his imagery began incorporating more decorative elements. This series of works were first presented in 1996 in solo exhibitions at the De Caliet Gallery in Milan, Italy, and the El Kato Kayyel Gallery, Milan, Italy, as well as at the Shuman Arts Organisation in Jordan in 1997.

During this time, Rashid also experimented with a shapelier backdrop, forming a triangular prism with three canvases. And while he appreciated its three-dimensionality, which allowed the work to stand unsupported so viewers could look from all angles, he was unsatisfied with the result. Further investigations and an unintentional discovery resulted in his characteristically ‘convex canvas’ which emerged towards the end of the 1990s.

Beginning in 2000, this new canvas became the mainstay on which the artist merged all his imagery – landscape, figurative and abstract expressionism – into his own color field language. From 2006 onwards, along with his continued application of bright and vivid color schemes, his practice adopted a conceptual framework. Organic shapes and unusual patterns swirled together, allowing for the emergence of animate and abstract imagery.

By 2009, his work underwent a definitive change, where the formerly bold lines and distinct forms of the late ‘90s became a synthesis of colour and gesture. Broad sweeps of colour met with blended paint and thick impasto which was then scratched and scraped to reveal the remnant hues and imagery beneath the surface.

Employing the convex surface for over a decade, Rashid methodically and continually developed his style with a far more minimalistic approach. In 2010, an important solo exhibition at the Bahrain National Museum entitled ‘Convex: A New Perspective’, showcased a decade of his work, presenting his journey with this newfound form and its influential role on his style and practice. Along with his earlier painterly works, he introduced a new series of lacquer paint, fabric and glue complementing the curvature of the canvas. Rashid manipulated these materials to open up opportunities for light to fall differently on each surface, thereby emphasizing his multilayered relief technique. The scale of his canvas became grander and the imagery itself, darker and more intense in nature, imparted far greater dramatic effects. In essence, this ‘new perspective’ intimated the changes in the physicality of Rashid’s work and ran parallel to his personal growth. His ongoing experimentation signified his need and openness for innovation and renewal.

In this phase, Rashid began to consider and equate, to an even greater extent, the susceptibility, mechanics and geometric processes involved in certain aspects of the designs and architecture he visualized in Bahrain’s ever-changing landscapes. He quickly began to incorporate these findings into his practice. The incandescent, smooth lacquer surfaces seen in much of his 2010-2011 work demonstrates his affinity for symmetry and balance in form and purpose. By late 2011, Rashid took this further by experimenting with chrome which allowed him to paint over, manipulate and warp reflections of his environment. This body of work was showcased in solo exhibitions the following year at the Bahrain Financial Harbour, Manama (2012), Beirut Art Fair, Lebanon (2012) and Abu Dhabi Art, UAE (2012).

Through splendidly commanding structures, meticulous forms and complex designs, Sheikh Rashid Al Khalifa’s art practice stands as a contemporary tribute to traditional Middle Eastern design.The artist’s vital decision to merge elements of his figurative and landscape works in the late 1980s was an entirely conscious one. He was driven by a greater sense of individuality, which emulated the ambiance and aura of his own surroundings. His female figures became barely decipherable, as hints of fabric, suggestions of limbs and movement, and cascades of hair all dispersed into the melding colors of the land. 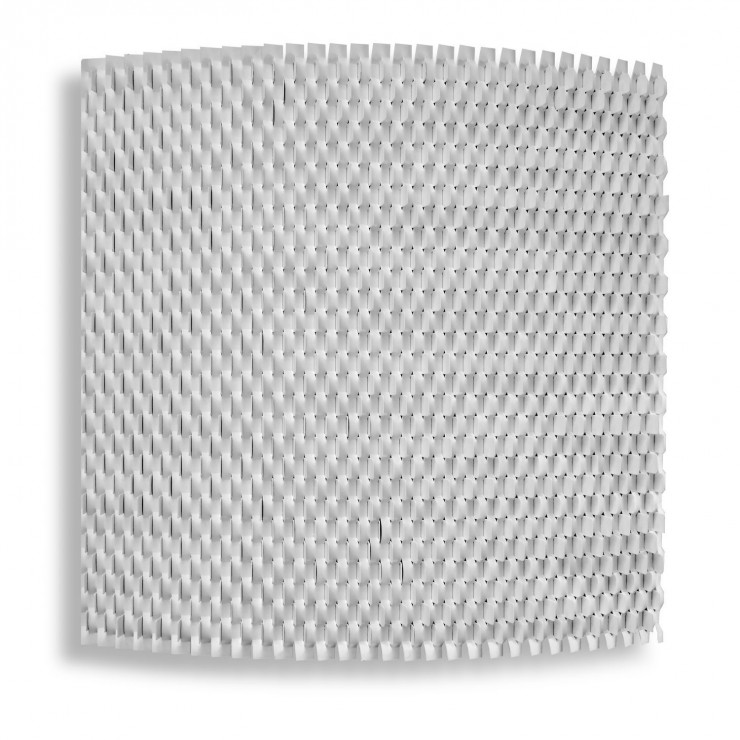 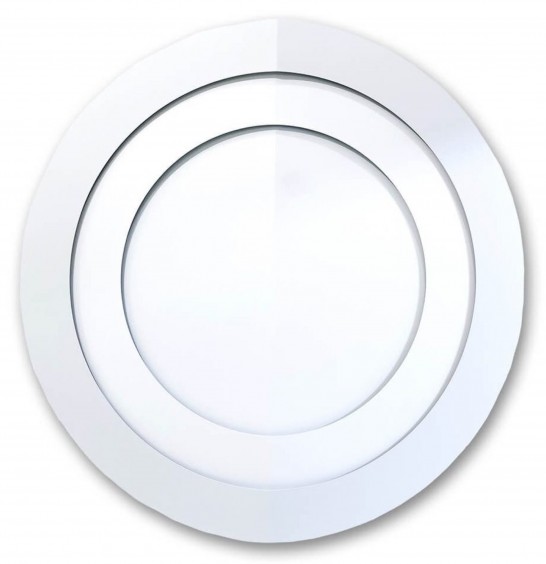 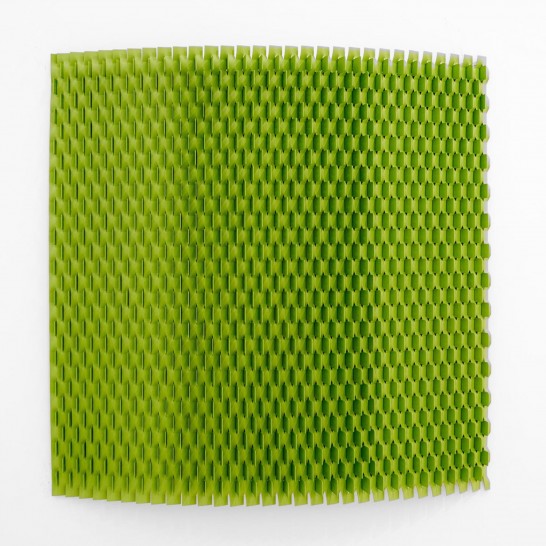 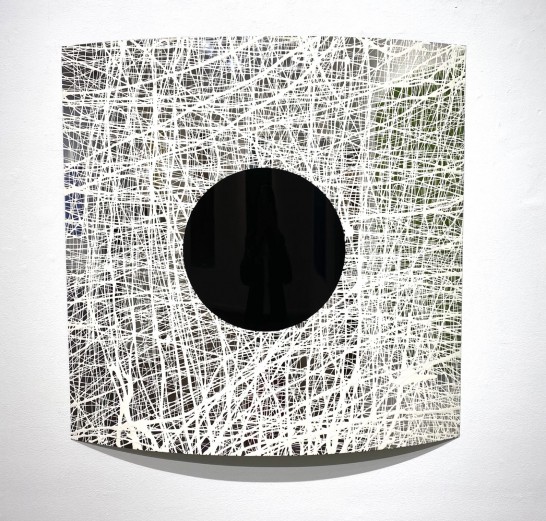 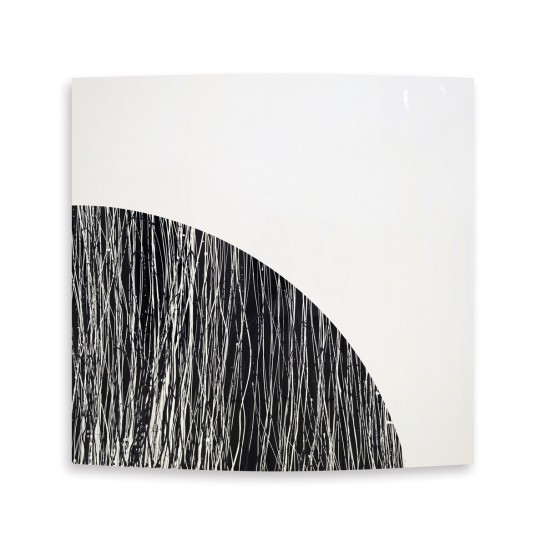 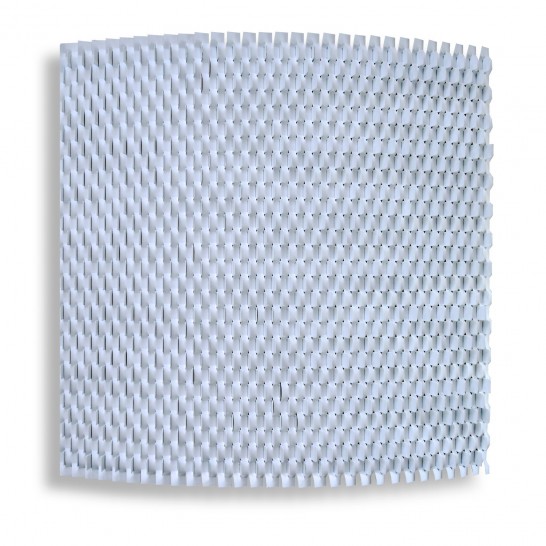 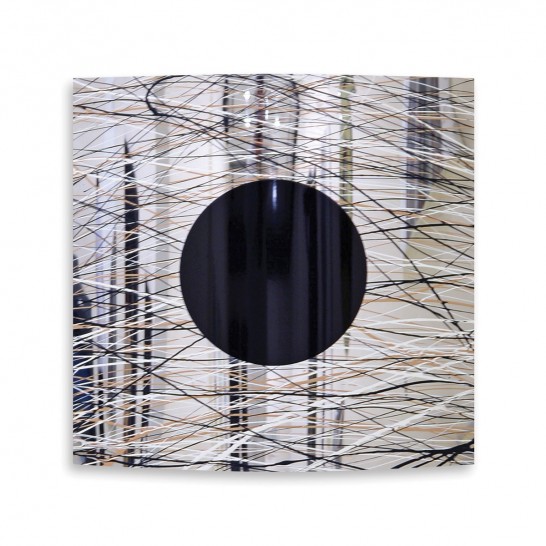